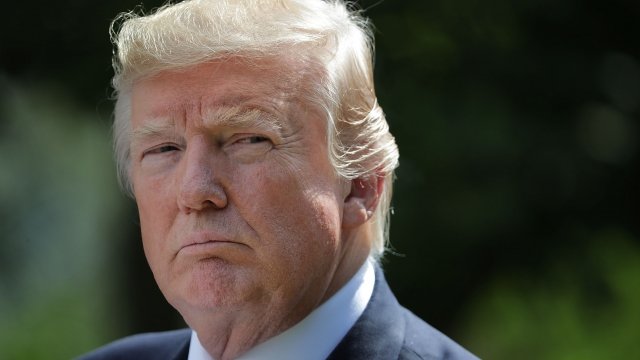 President Donald Trump may revoke the security clearances of six former officials who have been critical of him.

But McCabe and Comey already had their clearances "deactivated" or "read out," according to tweets from McCabe's spokesperson and a contact of Comey's.

Sanders accused the people on the list of having "politicized, and in some cases, monetized their public service ... making baseless accusations of an improper relationship with Russia."

When a reporter suggested Trump's potential revocations could be to punish the former officials for exercising free speech, Sanders denied the claim.

Clapper called the potential move "petty" and said: "I guess legally the president has that prerogative. He can suspend or revoke clearances as he sees fit. And if he chooses to do it for political reasons, I think that's a terrible precedent, and it's a very sad commentary. And it's an abuse of the system."

The move could at least be considered unusual. National security officials routinely maintain their security clearances after they leave government, in part, to consult with their successors.