Trump May Raise Tariffs On Chinese Goods Worth $200 Billion 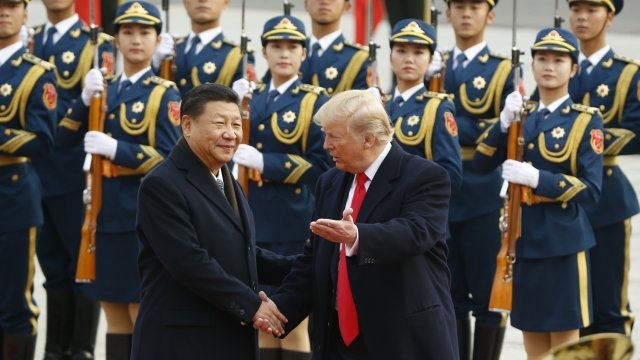 The Trump administration is looking at increasing pending tariffs on $200 billion worth of Chinese goods.

Officials announced the 10 percent tariff last month. The administration announced Wednesday it may raise that tax to 25 percent.

This new round of tariffs — whatever percentage it ends up being — would be on top of the 25 percent one the U.S. imposed on Chinese goods worth $34 billion in July. That tax targets more than 800 items, including auto parts and medical devices.

China retaliated dollar-for-dollar. And both sides have already signaled that they plan to impose even more tariffs on $16 billion worth of each other's goods at some point.

The proposed tariffs on the $200 billion worth of Chinese goods can't go into effect until a public comment period is over on Aug. 30.