Trump Makes Poll Gains, But Will They Translate To Real Votes? 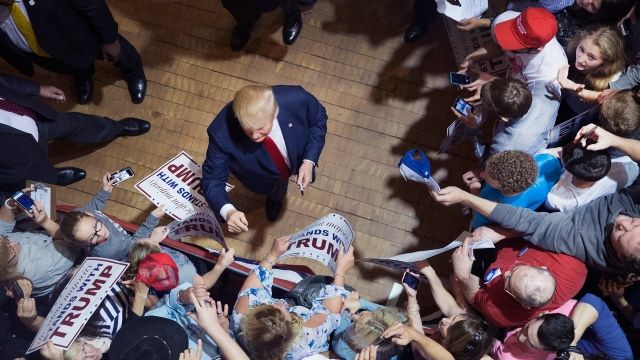 SMS
Trump Makes Poll Gains, But Will They Translate To Real Votes?
By Kate Grumke
By Kate Grumke
January 24, 2016
The Iowa caucuses will put Trump's supporters to the test and might begin to tell us how accurately the polls predict reality.
SHOW TRANSCRIPT

With only a week until Iowans cast the first votes in the nation and set off the primary season, the candidates are making their last pitches. (Videos via Donald J. Trump for President, Inc., ABC)

And according to a new Fox News poll, something seems to be working for Donald Trump's campaign.

But about a third of Republican caucus-goers said they may still change their minds.

And among Iowa Republicans who have actually caucused before, Trump's lead is much smaller. Those voters chose Trump at 28 percent compared to Cruz at 25 percent.

More than a third of the Republican poll respondents who say they will caucus this year have never caucused before. Fox News found 43 percent of those rookies are Trump supporters, but also notes the poll can't tell how many of them will actually turn out.

So as the primaries get started, we'll start to find out if Trump's soaring poll numbers will translate into real votes.