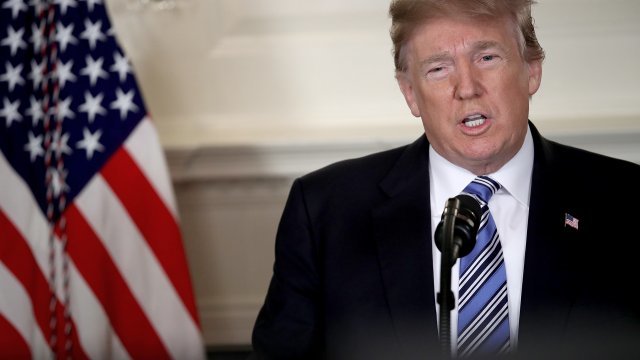 SMS
Trump Links Russia Probe To Florida School Shooting
By Gabrielle Ware
By Gabrielle Ware
February 18, 2018
He suggested a failure by the FBI to investigate a tip is due to its efforts investigating Russian meddling in the 2016 U.S. presidential election.
SHOW TRANSCRIPT

President Donald Trump suggested Saturday that the FBI failed to stop the Florida school shooting because it's spending too much time on the Russia investigation.

In one of many Russia-related tweets this weekend, Trump said: "Very sad that the FBI missed all of the many signals sent out by the Florida school shooter. This is not acceptable. They are spending too much time trying to prove Russian collusion with the Trump campaign."

On Friday, the FBI admitted it failed to investigate a tip about the Parkland, Florida, shooter in January. 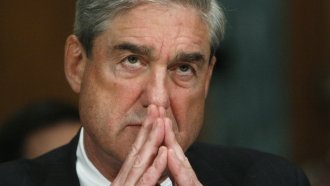 Here's What Mueller Charged Those 13 Russians With In His Indictment

Trump also tweeted Sunday that the investigations into Russian meddling are creating chaos and divisions in the U.S. He said, "They are laughing their asses off in Moscow. Get smart America!"