Trump Leaves Closest Advisers In The Dark On Key Decision 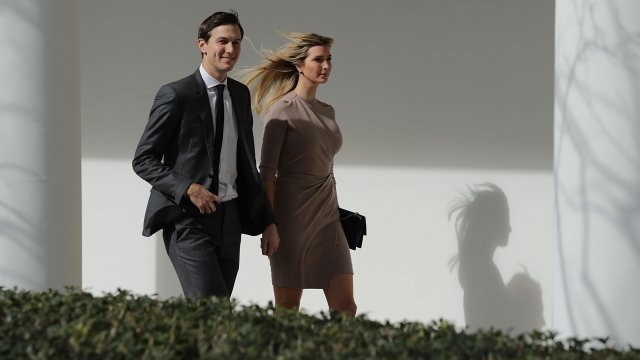 By Lauren Stephenson
July 31, 2017
A recent presidential decision suggests Ivanka Trump's and Jared Kushner's influence might not be as strong as once thought.
SHOW TRANSCRIPT

She filled in for her father during part of a G-20 meeting. He is working on a number of projects including leading a newly created White House office and securing Middle East peace.

But Ivanka Trump and Jared Kushner's influence apparently only goes so far. As Politico reports, the two unpaid advisers "were blindsided" by the president's decision last week to ban transgender people from serving in the military.

The outlet, citing unnamed senior aides, said Ivanka Trump found out about the decision like many others did: via Twitter.

She and Kushner have both supported gay rights, and she tweeted support for the LGBTQ community during Pride Month. But she got a lot of criticism because the Trump administration was silent.

It wasn't the first time. Back in April during an interview with "CBS This Morning," Gayle King asked Ivanka Trump to address her critics who have said she hasn't spoken out on issues ranging from climate change to efforts to defund Planned Parenthood. 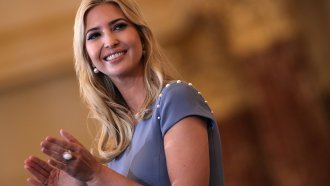 "I would say not to conflate lack of public denouncement with silence. I think there are multiple ways to have your voice heard," Ivanka Trump said. "Where I disagree with my father, he knows it. And I express myself with total candor."

Ivanka Trump's push to convince her father to remain in the Paris climate accord was also unsuccessful.

President Donald Trump has followed some advice from his daughter and Kushner.

Politico reports Ivanka Trump successfully prevented some provisions that would affect the LGBTQ community from being included in a religious liberties executive order. However, the order was still condemned by LGBTQ rights groups, who said the order could lead to greater discrimination.

Ivanka Trump and Kushner reportedly urged the president to oust chief of staff Reince Priebus and supported the hiring of Anthony Scaramucci. Both of those things happened, but Scaramucci's tenure was short-lived — just 10 days.

For now, Ivanka Trump appears to be choosing any public comments carefully. She's focused on getting paid family leave and child care tax credit legislation passed. Since that's a tall order with a Republican-led Congress, Politico says she doesn't want to rock the boat by publicly stating her disagreement with more conservative policies.