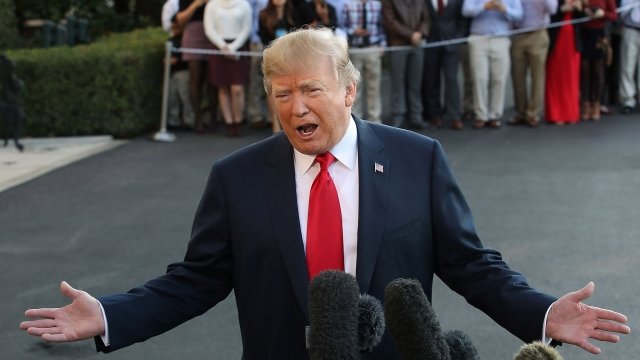 President Donald Trump and his team of lawyers are reportedly trying to quietly resolve the case with adult film star Stephanie Clifford, according to court papers filed Monday.

Clifford — better known by her stage name, Stormy Daniels — claims she had an affair with Trump in 2006.

Then, in 2016, before Election Day, Trump's personal lawyer Michael Cohen paid Clifford $130,000 — allegedly to keep her from talking about the affair. Cohen set up a shell company called Essential Consultants to pay Clifford.

On Monday, Essential Consultants filed a motion for private arbitration. That would mean a third party, not a jury, would decide on the legal dispute, but only if the other parties agreed to abide by the decision.

Private arbitration seems like a good thing for Trump since it would keep quiet any sensitive information that could come up during a trial.

Clifford's attorney reportedly said they would "vigorously oppose the motion."