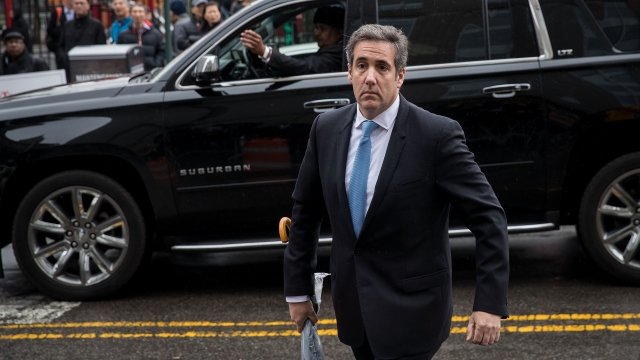 President Donald Trump's personal attorney Michael Cohen has dropped the libel lawsuits he filed against BuzzFeed and Fusion GPS over the Russia dossier.

According to Politico, Cohen's attorney said his client decided to withdraw the suits so he can focus on recovering materials seized from his home, office and hotel room during FBI raids earlier this month.

Cohen's attorney told the outlet, "Given the events that have unfolded, and the time, attention, and resources needed to prosecute these matters, we have dismissed the matters, despite their merits."

Cohen filed the lawsuits in January. His lawyers argued their client's reputation was "permanently damaged by these false, reckless and unconscionable statements" made about him in the dossier.

The dossier suggested then-candidate Trump colluded with the Russian government during the 2016 presidential election. Research firm Fusion GPS compiled the report, and BuzzFeed published it.

Buzzfeed said in a statement Cohen's decision to drop the lawsuits shows he "no longer thinks an attack on the free press is worth his time." And Fusion GPS said it wasn't surprised that Cohen withdrew his "meritless complaint."