Trump Lashes Out At Sessions Over Russia Probe — Again 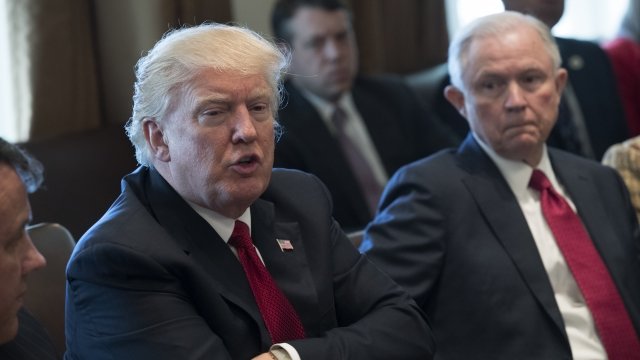 SMS
Trump Lashes Out At Sessions Over Russia Probe — Again
By Briana Koeneman
By Briana Koeneman
February 21, 2018
President Trump directed his Twitter followers to "ask Jeff Sessions" why the Obama administration isn't the focus of the Russia investigation.
SHOW TRANSCRIPT

This time, it was over the investigation into Russian meddling in the 2016 U.S. presidential election.

Trump tweeted Wednesday, "If all of the Russian meddling took place during the Obama Administration, right up to January 20th, why aren't they the subject of the investigation?"

And he told his followers to "ask Jeff Sessions" why a probe isn't underway. 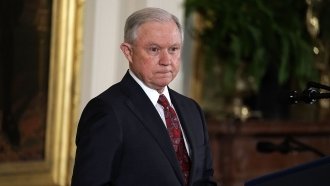 Sessions recused himself from the Russia investigation in March 2017. And Trump wasn't pleased. He called the decision "very unfair to the president."

Trump's lashed out at Sessions several times since then. He criticized the attorney general's "VERY weak position on Hillary Clinton crimes." He also described him as "beleaguered" in a tweet that asked why he wasn't looking into "Crooked Hillarys crimes & Russia relations."

The Department of Justice declined CNN's request for a comment Wednesday.