Trump Criticizes Oprah For Being 'Biased And Slanted' 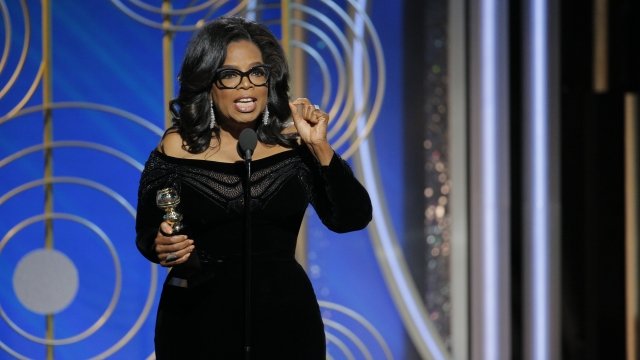 President Donald Trump criticized a person many still think might run against him in 2020 — Oprah Winfrey.

Sunday on Twitter, Trump described Winfrey as "very insecure" and accused her of being "biased and slanted" when she was interviewed on "60 Minutes" that night.

During the episode, Winfrey moderated a panel of voters who first appeared on the show in 2017 to get their thoughts on Trump's first year in office.

Trump added, "Hope Oprah runs so she can be exposed and defeated just like all of the others."

But he likely won't get his wish. After her acceptance speech at the 2018 Golden Globe Awards started a slew of rumors about a possible presidential bid, Winfrey said: "It's not something that interests me. I don't have the DNA for it."

And she reiterated that same sentiment to CBS last week, saying, "It's just not in my spirit."