Trump's Media Complaints Made Their Way Into An Unlikely Speech 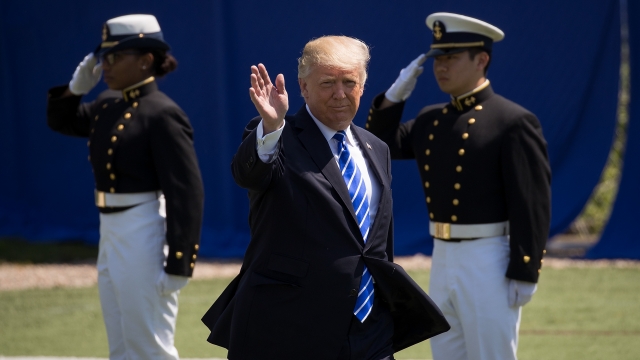 President Donald Trump made his second commencement address since taking office during his speech at the U.S. Coast Guard Academy.

He started with some expected comments about the great responsibility the graduates will have and the challenges they will face as members of the U.S. Coast Guard. But then he diverged and continued his crusade against the media.

"Look at the way I've been treated lately, especially by the media," Trump said. "No politician in history — and I say this with great surety — has been treated worse or more unfairly."

Trump has complained about media coverage of him for months. A recent controversy plaguing his administration is the firing of FBI Director James Comey — a decision that received bipartisan criticism.

"Adversity makes you stronger," Trump said. "Don't give in. Don't back down. And never stop doing what you know is right. Nothing worth doing ever, ever, ever come easy." 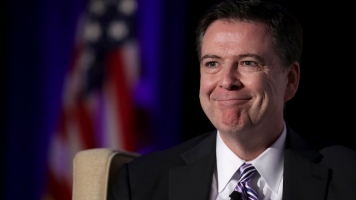 But Trump also touted his policy accomplishments since his inauguration.

"I've accomplished a tremendous amount in a very short time as president," Trump said. "Jobs pouring back in to our country. A brand-new Supreme Court justice. ... We've begun plans and preparations for the border wall, which is going along very, very well. We're working on major tax cuts."