The Full Rundown Of The Trump-Kim Summit 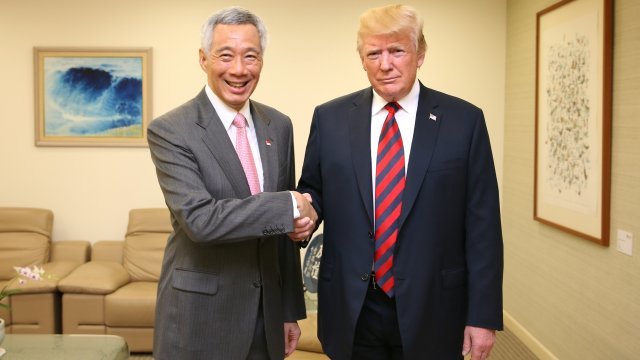 The upcoming summit between President Trump and North Korean leader Kim Jong-un on Tuesday will be followed by a number of other scheduled activities involving both American and North Korean administrations.

It starts at 9 a.m. local time when President Trump arrives at the Capella Singapore for his first meeting with Kim. The leaders will speak with only their translators present. 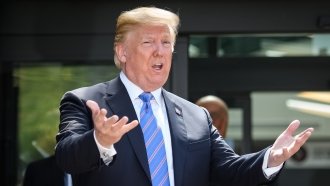 Trump To Meet One-On-One With Kim During Historic Summit

Afterward, President Trump and Kim will move on to an expanded meeting including both of their teams. Trump will be joined by Secretary of State Mike Pompeo and national security adviser John Bolton, though it's unclear who from Kim's team will be present.

That portion of the day will be followed by a working lunch before the president meets with the press around 4 p.m. Eastern time. Once he's done speaking to the media, he and his delegates will be making their way back to the U.S.