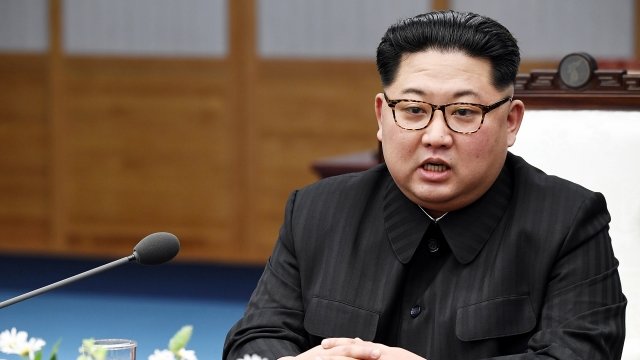 Ahead of an upcoming summit with the U.S., North Korean leader Kim Jong-un has freed three Americans held captive by his regime.

Kim Dong-chul, a naturalized citizen who used to live in Virginia, has reportedly been detained by the regime since October 2015. He was sentenced to 10 years of hard labor on espionage charges in April 2016.

Before his arrest, Kim Dong-chul ran a hotel company in a special economic region in the North. He publicly confessed to spying on the country in 2016, but the regime has coerced similar confessions before. 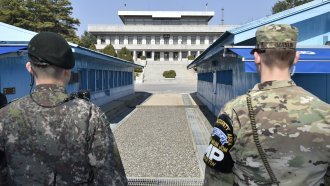 What Will The Korean Peace Talks Mean For US Troops In South Korea?

The North's other two current captives were arrested within a month of each other. They are both linked to the Pyongyang University for Science and Technology, a private university largely funded by Christian charities.

Kim Sang-duk, also known as Tony Kim, occasionally taught finance in Pyongyang, North Korea, and was arrested in April 2017 while trying to leave the country. The regime says he committed hostile acts against the country.

Kim Hak-song was working on agricultural research and described himself in an online post as a Christian missionary. He was arrested one month after Tony Kim and was also accused of "hostile acts."

The three men are the latest Americans that North Korea took hostage. Kenneth Bae, an American missionary who spent two years in North Korean custody, said he was treated better than North Korean detainees but was still forced to do grueling manual labor.

On the other hand, U.S. student Otto Warmbier's detention in North Korea ended with him returning to the U.S. in a coma. He died shortly after his release. Warmbier's parents filed a lawsuit accusing North Korea of torturing their son to death.

The freed captives send a positive signal ahead of President Donald Trump's meeting with Kim. But North Korean captives will still be on Trump's agenda — he's slated to discuss abducted Japanese citizens who are thought to still be held in the Hermit Kingdom.

Correction: An earlier version of this story said Tony Kim and Kim Hak-song were detained in 2016. The story has been updated.