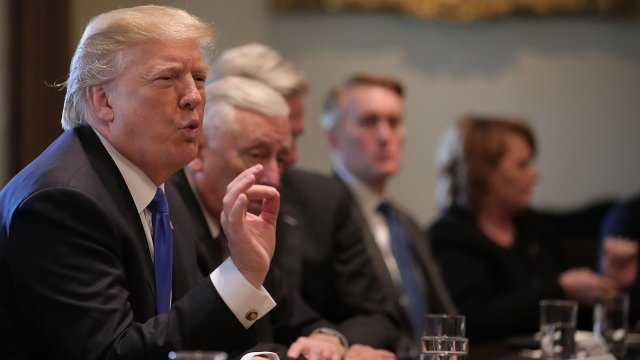 President Donald Trump met with more than two dozen lawmakers from both sides of the aisle Tuesday to kick start further immigration negotiations. The group is set to start working on a bipartisan fix to immigration issues starting with the Deferred Action for Childhood Arrivals program that protects hundreds of thousands of young people from deportation.

Trump wants a two-pronged approach: First, he wants Congress to codify DACA into legislation for him to sign before the March 5 deadline, and then eventually move on to a more comprehensive immigration reform later on. That deadline was set after the president rescinded President Barack Obama's DACA policy.

On the congressional negotiating table first for the DACA bill are three biggies: more border security along the U.S.-Mexico border, an end to chain migration and a cancellation of the diversity visa lottery program.

"Those three things are paramount. These are measures that will make our communities safer and more prosperous," the president said. 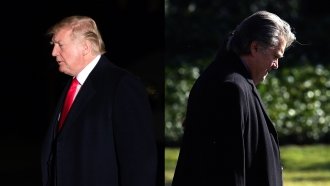 To be clear, there still didn't seem to be a ton of agreement between lawmakers other than the fact something needed to be done and done fast. Trump is still pushing for his much-promised border wall and continues to want money for it in any immigration legislation — something that Democrats have been reticent to do.

A no-strings-attached DACA bill could easily pass the Senate and House with a bit of careful compromise. That's largely thanks to public pressure: One poll found 86 percent of people surveyed support some type of residency for DACA recipients. But the president's border funding demands — how much money he wants and whether it'll be spent on an actual "wall" — could stall the bill.