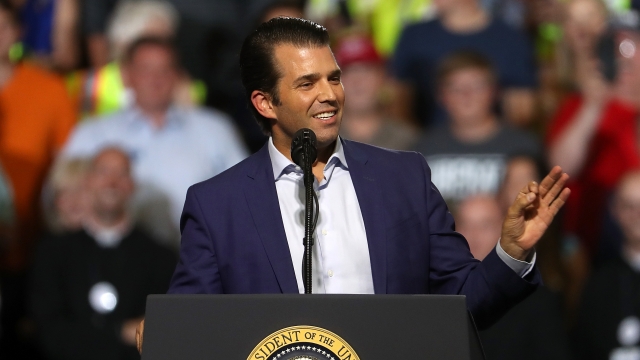 Donald Trump Jr. has agreed to appear before the Senate Intelligence Committee in June.

The committee and Trump Jr. reached a deal after lawmakers issued a subpoena for him to answer questions about his Senate Judiciary Committee testimony from 2017.

In that 2017 hearing, Trump Jr. said he was only "peripherally aware" of a proposal to build a Trump Tower in Russia. But President Trump's former lawyer, Michael Cohen, testified before a House panel that he'd told Trump Jr. about the project multiple times.

A source told CNN the private interview will be limited to two to four hours and five to six topics. The committee also agreed that this will be the last time it asks Trump Jr. to answer questions about Russia and the 2016 Trump campaign.

Before the deal was struck, Trump Jr. criticized the committee's chairman for issuing the subpoena.