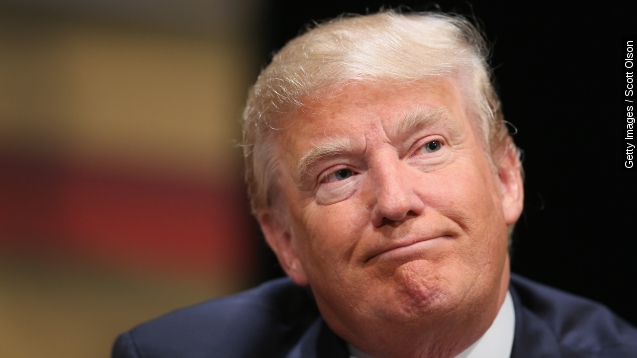 The boycott against Starbucks' holiday cups got a powerful new ally Monday.

"I have one of the most successful Starbucks in Trump Tower. Maybe we should boycott Starbucks? I don't know. Seriously, I don't care. That's the end of that lease, but who cares?" Trump said at a campaign rally. (Video via CNN)

Trump also told the Springfield, Illinois, crowd, "If I become president, we're all going to be saying Merry Christmas again, that I can tell you."

Starbucks recently angered a group of Christians when it launched a holiday cup opting for a simple two-tone red design.

Looking at past cups, it's not as if they featured openly religious symbols before. A Christmas tree seems to be as specific as Starbucks got.

So, why is Trump threatening to strip himself of a solid moneymaker in Trump Tower?

Although he leads the latest Real Clear Politics average of polls by roughly a percentage point, a recent poll looking only at likely Iowa caucus voters has Carson leading by double digits. (Videos via Fox News and Carson America, Inc.)

The poll also found Carson has twice as much support from evangelical Christian voters. Although the Starbucks controversy doesn't represent evangelism as a whole, most media have noted the main group who first voiced outrage are evangelists.

This video includes images from Getty Images  and Waiting for the Word / CC BY 2.0.