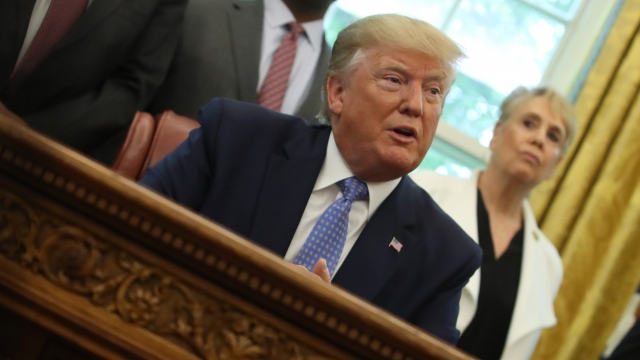 The Trump administration's dropping a census citizenship question and implementing a new plan to get the information it wants.

The fight about adding a citizenship question to the 2020 census may be over, but President Donald Trump said his administration is not backing down from determining "the citizenship status of the U.S. population." Now, he says it's pursuing a new option to get this done.

At a press conference Thursday, President Trump said he's ordering federal agencies to provide "all requested records regarding the number of citizens and noncitizens in our country" to the Commerce Department. He issued an executive order Thursday to put "this plan into effect immediately."

"It could determine citizenship for 90% of our population or more," President Trump said. "With today's executive order, which eliminates long-standing obstacles to data sharing, we're aiming to count everyone."

Attorney General William Barr said adding a citizenship question to the census would lead to a legal battle that would take too long to win.

In late June, the Supreme Court rejected the Trump administration's reasoning for wanting to include a citizenship question. The ruling didn't take the question completely off the table, but the administration was forced to start printing the 2020 census without it.