Trump Is Winning Primaries But Struggling To Get The GOP's Support 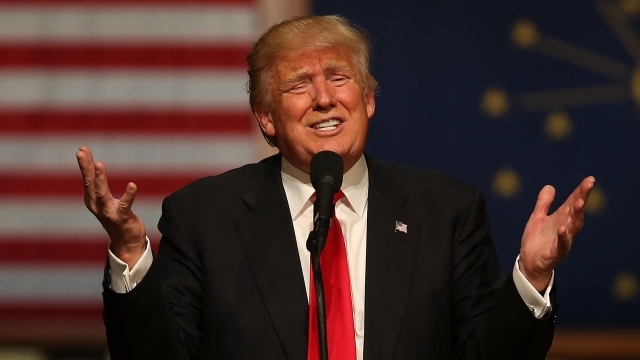 SMS
Trump Is Winning Primaries But Struggling To Get The GOP's Support
By Ben Lawson
By Ben Lawson
May 11, 2016
Nearly 4 in 10 voters in the Nebraska Republican primary voted against Trump, even though he is the only GOP candidate still campaigning.
SHOW TRANSCRIPT

It doesn't look like Republican voters are ready to get in line behind Donald Trump just yet.

Trump is the only GOP candidate still actively campaigning. But even so, his opponents were able to keep nearly 40 percent of the vote from him in the Nebraska primary.

Trump emerged with a little over 60 percent of the vote, which is more than enough to win the state's 36 delegates. But Sen. Ted Cruz and Ohio Gov. John Kasich managed to pull in sizable chunks of voters, even though they suspended their campaigns last week.

Cruz said he would be willing to re-enter the race if a "path to victory" emerges, but it doesn't look like he found that in Nebraska.

In exit polls, only about half of Nebraskans had faith the party could come together in time for the general election. If Trump winds up competing with Hillary Clinton in the general election, nearly 20 percent said they wouldn't vote for either candidate.

Trump's win Tuesday night in the West Virginia primary was a bit less divisive. He managed to pull in just over 75 percent of votes.