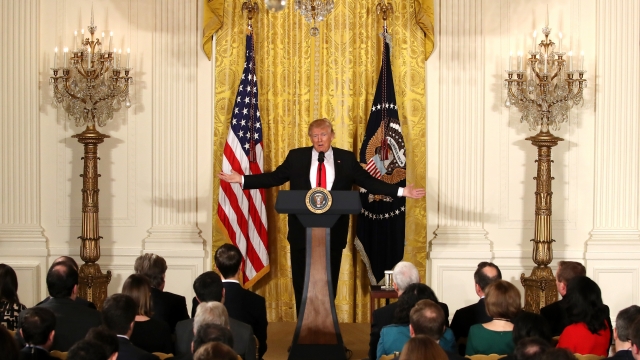 By Ryan Biek
February 26, 2017
The president is breaking with 36 years of tradition by not attending the event that honors journalism.
SHOW TRANSCRIPT

"You know, one of the things we say in the South, if a Girl Scout egged your house, would you buy cookies from her? I think that this is a pretty similar scenario. There's no reason for him to go in and sit and pretend like this is going to be just another Saturday night," White House spokeswoman Sarah Huckabee Sanders told ABC.

On Saturday, President Donald Trump tweeted that he wouldn't be attending the White House Correspondents' dinner in April — an annual event that honors journalism, and awards journalists scholarships.

Trump didn't give a reason for not attending, but given the analogy Huckabee Sanders gave ABC, the tense relationship between the Trump administration and the media could be to blame.

Just the day before Trump announced he wouldn't be attending, his administration blocked several news outlets from attending an off-camera press briefing.

Some of the outlets that were kept out included CNN, the Los Angeles Times, BBC, The Guardian and The New York Times.

Trump will be the first president since Ronald Reagan to miss the dinner. Reagan was in the hospital recovering from an assassination attempt during the 1981 dinner. He still called in to give his remarks. 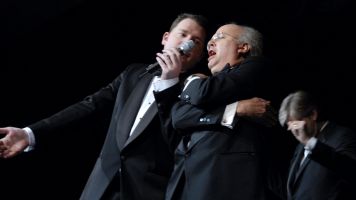 Some presidents before Reagan did choose to outright skip the event. Former Presidents Jimmy Carter and Richard Nixon both decided to do so twice during their terms.

Trump's public denouncement of mainstream media is being compared to Nixon's more private antagonism toward the press.