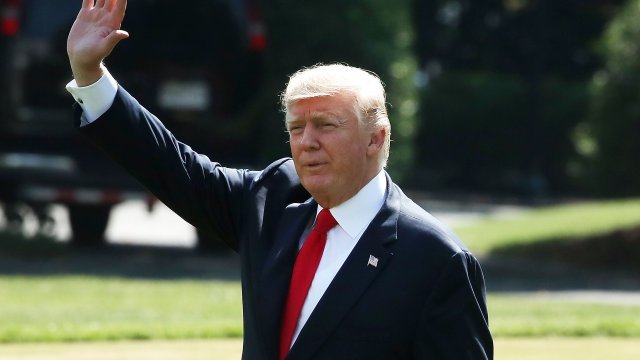 After several days of increasingly charged rhetoric with North Korea, President Trump turned his attention to another country — Venezuela.

"We have many options for Venezuela, including a possible military option if necessary," Trump said after a national security briefing.

North Korea's continued nuclear proliferation is responsible for Trump's talk of a potential military intervention. But it's unclear why he's weighing the same option for Venezuela.

The Trump administration, along with many other countries, has been critical of Venezuelan President Nicolás Maduro and his creation of a new constituent assembly. It can override the established legislature and rewrite the nation's constitution.

The European Union and a dozen countries in the Americas condemned the assembly as a power grab by Maduro. And the Trump administration has sanctioned Maduro, calling him a dictator. The elections for the assembly were boycotted by Maduro's opposition. The company that provided the voting machines said over 1 million fraudulent votes were added. 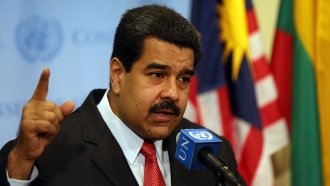 Despite the heavy rhetoric, Trump declined to say if he wanted a regime change in either country.

"I think they're very different places, so I don't want to comment. But I support peace, I support safety and I support having to get very tough if we have to to protect the American people and also to protect our allies," Trump said.

Maduro hasn't made the same kind of threats toward the U.S. or its allies like North Korean leader Kim Jong-un has. Maduro recently offered to meet with Trump at the United Nations to diplomatically resolve sanctions the U.S. recently leveled at Venezuela.

It's unclear if Trump would even have the constitutional authority to send troops to the South American country without congressional approval.

Between the new assembly and major food shortages, Maduro's government has sparked massive unrest in Venezuela. At least 120 people have been killed in violent demonstrations over the past few months.