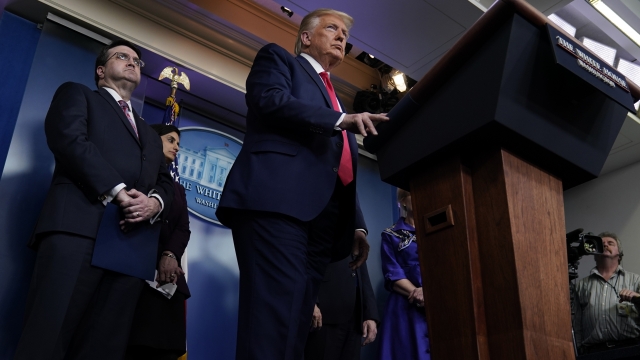 The law was established during the Korean War to increase production of things like weapons and vehicles. It lets the president put production priority on certain national security items.

President Trump is invoking it now to confront shortages of medical supplies like gloves and hospital gowns as the number of coronavirus cases continues to rise. It will also increase hospital capacity. There are over 7,000 confirmed cases in the U.S.

A major lab industry group told federal agencies this week that the U.S. could face shortages of important supplies. And on Monday, CNN reported health officials say they don't have enough stockpiled medical equipment to deal with the pandemic.

The president said he would sign the act immediately after the press conference.