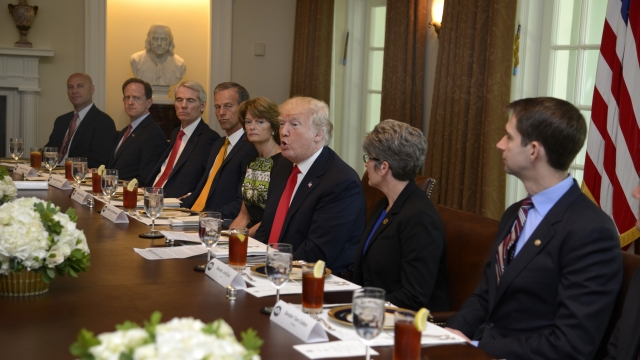 By Jake Jones
June 13, 2017
GOP senators are operating with the understanding they may not get any Democratic support passing their Obamacare replacement.
SHOW TRANSCRIPT

At the start of the meeting, Trump said he wanted a bill that was "generous" and "with heart," even if that meant "adding more money into it."

That lunch included a range of conservative mindsets. Sens. Murkowski and Portman are both from states that expanded Medicaid, while Sen. Toomey is pushing to cut Medicaid spending to a lower rate than what's in the bill passed by the House.

More hard-line conservatives want to slow down Medicaid spending, in part to meet the $2 billion deficit reduction threshold to keep the bill safe from a filibuster. Moderates are more concerned with maintaining coverage for their constituencies.

Trump said he wanted to bring the bill to a vote "as soon as we can do it" but wanted a smoother process than was seen in the House as it grappled with the bill. 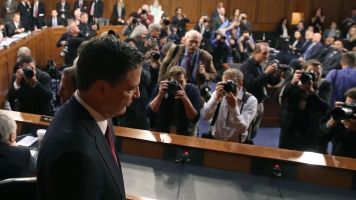 Watch James Comey's Opening Remarks In Front Of The Senate

Under the special rules the GOP is using to keep the bill safe from a filibuster and a debate with Democrats, the bill can pass with only 51 votes. Republicans hold 52 Senate seats, with Pence casting the deciding vote in the case of a tie.