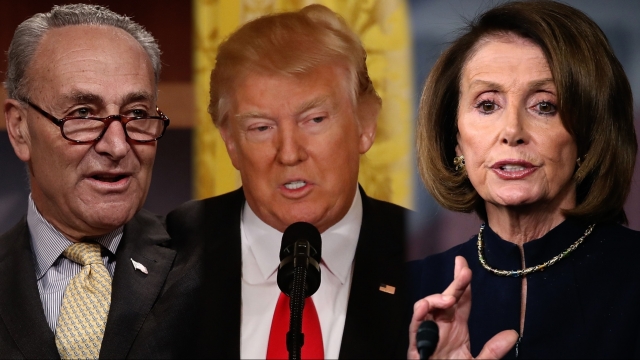 President Donald Trump decided to turn the tables on Democratic lawmakers after they called for investigations into his associates' ties to Russia.

Earlier Friday, Pelosi told Politico she never had a meeting with the current Russian ambassador to the U.S.

But a photo shows otherwise. In 2010, Pelosi met with Russia's then-President and other members of the delegation, which included Russian Ambassador Sergey Kislyak.

Pelosi's spokesperson later told Politico, "She has never had a private one-on-one with him."

Schumer and Pelosi both tweeted responses to Trump. They drew a distinction between their official open-press meetings with Russians and those Trump associates held in private.

Schumer tweeted that he'd "happily talk" under oath about his contact with Russian President Vladimir Putin and asked Trump if he and his team would be willing to do so. Schumer added that the photo Trump tweeted of Schumer and Putin was from a meeting that "took place in '03 in full view of press & public."

"The fact that the attorney general — the top cop in our country — lied under oath to the American people is grounds for him to resign," Pelosi said on Thursday. 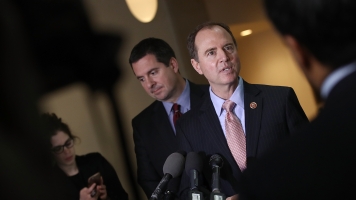 Schumer and Pelosi have both called for Attorney General Jeff Sessions' resignation this week over his meetings with Kislyak. Sessions claimed during his confirmation hearing that he "did not have communications with the Russians."

Sessions clarified in a press conference that he did not have any meetings with Russians about the Trump campaign. He recused himself from any investigations into the presidential campaigns.

Trump's tweets came a day after The New York Times and USA Today both reported more Trump associates than previously known met with Kislyak during the campaign and during the transiton.