Intelligence Heads Won't Say If Trump Asked Them To Intervene 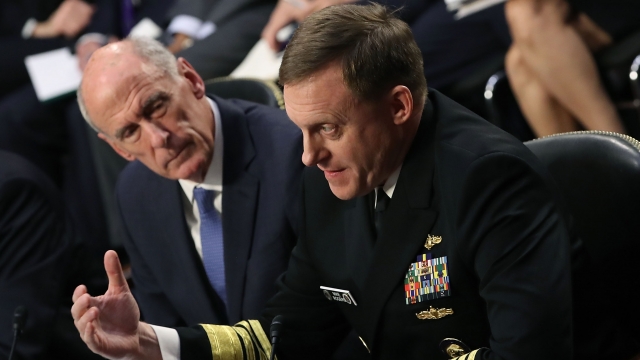 SMS
Intelligence Heads Won't Say If Trump Asked Them To Intervene
By Eugene Daniels
By Eugene Daniels
June 7, 2017
Two top intelligence chiefs didn't give many answers, so it's still unclear if President Donald Trump asked for intervention in the Russia probe.
SHOW TRANSCRIPT

Director of National Intelligence Dan Coats and National Security Agency Director Mike Rogers wouldn't give details of any conversations they've had with President Donald Trump about, well, anything.

"I don't feel it's appropriate for me to address that in a public session," Coats said.

But both agreed they didn't believe the White House pressured them to get former FBI Director James Comey to back off former national security adviser Mike Flynn during the FBI's Russia investigation.

"I have never been directed to do anything I believe to be illegal, immoral, unethical or inappropriate," Rogers told the Senate Intelligence Committee. 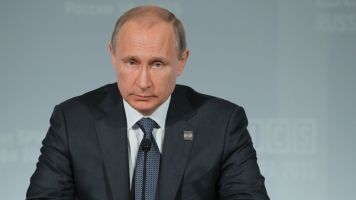 The two were actually on Capitol Hill for a hearing on the reauthorization of the Foreign Intelligence Surveillance Act. The hearing comes just hours after officials claimed in a recent Washington Post article that Trump asked Coats if he could intervene with the FBI investigation. Other reports suggest Trump asked both men to deny the existence of any evidence of coordination between the Trump campaign and Russia.

Interestingly, there's going to be something here for both sides to use as "proof." Republicans will take what the men said to back up claims that the president never asked anyone to intervene.

But the way the Coats answered the questions will also give Democrats ammunition. Coats focused more on if he felt any pressure. But when asked in a different way, he sort of left the door open a bit.

"Are you prepared to say you have never been asked by the president or the White House to influence an ongoing investigation?" Sen. Marco Rubio asked.

"What I'm not willing to do is to share what I think is confidential information that ought to be protected in an open hearing, so I'm not prepared to answer your question today," Coats said.