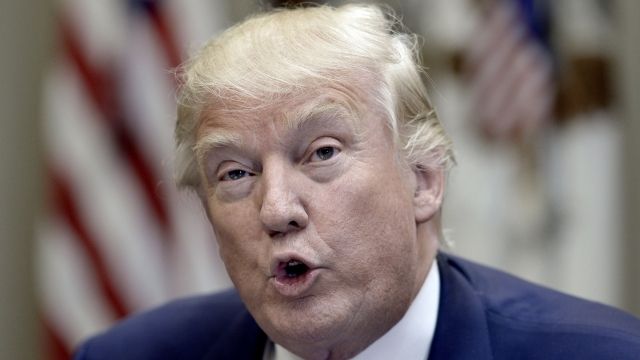 In his speech at the Conservative Political Action Conference, President Donald Trump insisted that his administration's crackdown on illegal immigration is focused on deporting people who have committed "bad" crimes.

It's a promise Trump's repeated several times, both on the campaign trail and since he took office. He signed an executive order on immigration enforcement in late January.

Now, he's pointing to a recent string of immigration arrests as a sign of that order's success.

The U.S. conducted a series of immigration raids at the beginning of February. In a statement, Homeland Security Secretary John Kelly said 75 percent of those arrested were "criminal aliens" convicted of homicide, aggravated sexual abuse, drug trafficking, weapons charges and other serious crimes.

But, as The Washington Post notes, the other 25 percent of those arrests were for nonviolent convictions or old immigration violations that wouldn't have necessarily been prioritized under the Obama administration.

Those arrests include a 23-year-old Dreamer brought to the U.S. illegally as a child and an Arizona mother convicted of using a fake Social Security number to try to get work. She was one of the first people deported under Trump's order.