Trump Claimed Troops Received No Raises For A Decade — They Have 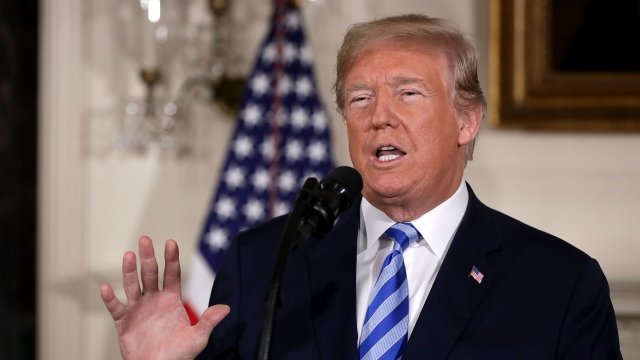 SMS
Trump Claimed Troops Received No Raises For A Decade — They Have
By Ethan Weston
By Ethan Weston
May 10, 2018
President Trump made the claim before signing an executive order meant to increase employment opportunities for military spouses.
SHOW TRANSCRIPT

"We just approved $700 billion for our military. We're going to be having the best equipment ever known. And next year, $716 billion ... that also includes raises for our military — first time in 10 years," Trump told a crowd of military mothers and spouses.

But the Pentagon has given troops a pay raise every year for at least the past 10 years.

The $700 billion Trump mentioned refers to the 2018 defense spending bill. That bill includes a 2.4 percent raise for service members — the largest pay increase in eight years for military personnel.

Trump spoke to a gathering of military mothers and spouses before signing an executive order meant to increase employment opportunities for military spouses.