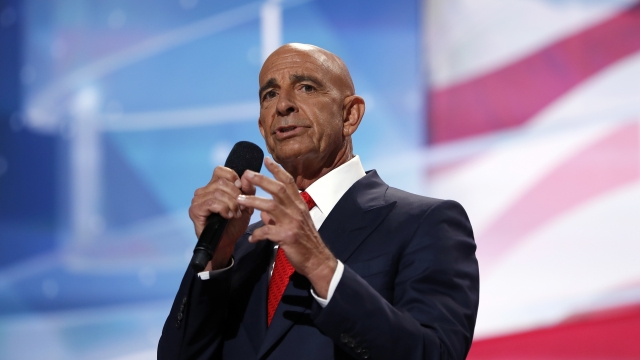 The chair of former President Donald Trump's 2017 inaugural committee was arrested Tuesday on charges alleging he conspired to influence Trump’s foreign policy positions to benefit the United Arab Emirates and commit crimes striking “at the very heart of our democracy.”

Tom Barrack, 74, of Santa Monica, California, was among three men charged in federal court in Brooklyn, New York, with conspiring to act as an unregistered foreign agent as they tried to influence foreign policy while Trump was running in 2016 and later while he was president.

Barrack was charged with conspiracy, obstruction of justice and making multiple false statements during a June 2019 interview with federal law enforcement agents.

Prosecutors said Barrack not only agreed to promote UAE foreign policy interests through his unique access and influence, but also provided UAE government officials with sensitive information about developments within the Trump administration — including how senior U.S. officials felt about the Qatari blockade conducted by the UAE and other Middle Eastern countries. Barrack will plead not guilty, according to a spokesperson.