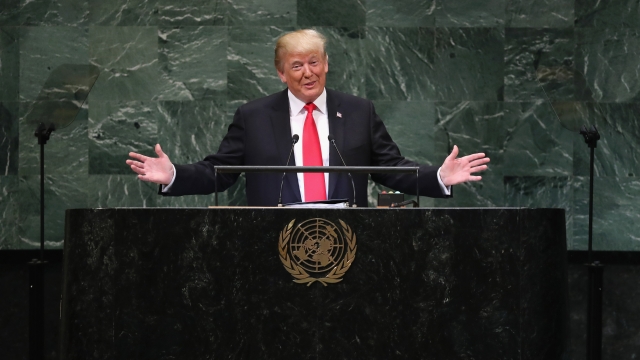 The 74th U.N. General Assembly convenes this week, and President Donald Trump is one of almost 200 world leaders who'll be in attendance.

Multiple reports say the agenda will most likely be dominated by increasing tensions in the Middle East, the weakening global economy and climate change.

A special Climate Action summit will make the latter a top priority Monday. In prepping for the summit, U.N. Secretary-General Antonio Guterres told attendees to "come with concrete plans ... and strategies for carbon neutrality by 2050."

But President Trump won't be at that summit. Instead, he'll host his own meeting on religious persecution.

The president will then address the General Assembly on Tuesday. He's also scheduled to hold a series of one-on-one meetings with the leaders of at least 12 countries, including Ukraine.