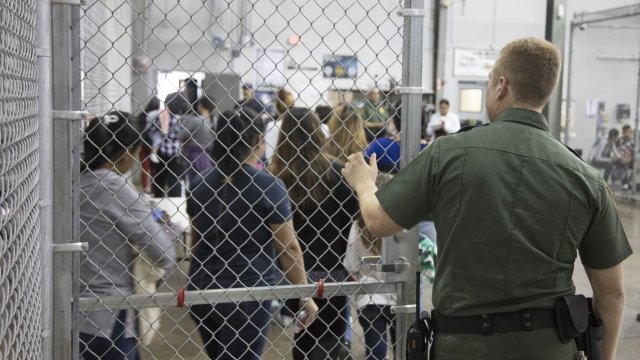 SMS
A 'Zero-Tolerance' Policy Is Splitting Up More Families At The Border
By Matt Picht
By Matt Picht
June 18, 2018
The Trump administration's zero-tolerance immigration policy is increasingly splitting up families of immigrants who cross the border illegally.
SHOW TRANSCRIPT

The U.S. government is increasingly separating migrant children who enter the U.S. illegally from their families, and political outrage is boiling over.

Sen. Jeff Merkley told reporters: "Hurting kids to get legislative leverage is unacceptable. It is evil."

The separations have their roots in a new "zero-tolerance" immigration policy announced by the Department of Justice back in April. Under the policy, all illegal border crossings will be criminally prosecuted rather than treated as civil cases.

After the new policy was announced, Attorney General Jeff Sessions said the law required the government to separate children from accompanying adults who are undergoing those prosecutions. He added, "If you don't like that, then don't smuggle children over our border."

Family separations were happening before the zero-tolerance policy — The New York Times found 700 children were separated from adults between October 2017 and April 2018. But separations have spiked under the new policy — almost 2,000 minors over one six-week period, according to the administration. 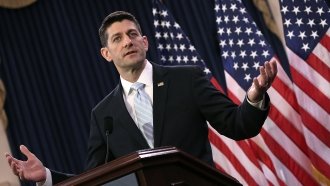 Before the April policy shift, Customs and Border Patrol used to release family units to the civil court system rather than split up parents and children. President Donald Trump has mocked that as a "catch-and-release" system that encourages illegal immigration.

The White House says it's determined to crack down on "catch-and-release," and it can't do that without separating minors from adults under current law. So it's sticking with the zero-tolerance plan.

And Sessions says the new policy could deter adults from using children as a shield to avoid prosecution for illegal immigration.

Sessions said, "We cannot and will not encourage people to bring their children or other children into this country unlawfully by giving them immunity in the process."

It hasn't stopped migrants from crossing the border with their children so far: Arrests for illegal border crossings have actually risen slightly from the rate they were at in April.

Legislators in both parties are now calling on the administration to limit family detentions. Senate Democrats are rallying behind a bill that would set strict limits on family separations, but so far the measure hasn't attracted any Republican support.