Trump: 'I Would' Hold Putin Responsible For Election Meddling 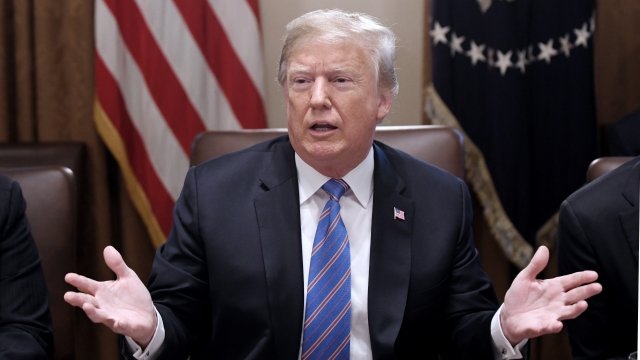 President Donald Trump acknowledged Russian President Vladimir Putin's accountability for his country's meddling in the U.S. presidential election. Trump made those comments in an exclusive interview with "CBS Evening News."

In the interview, anchor Jeff Glor said: "But you haven't condemned Putin specifically. Do you hold him personally responsible?"

Trump replied: "Well, I would, because he's in charge of the country. ... So certainly as the leader of a country, you would have to hold him responsible, yes."

Trump also said he believed Russia had meddled in the 2016 election. That's notable because earlier this week, Trump said he wanted to correct the record on his position regarding Russia's interference.

Trump also said in the CBS interview that he told Putin, "we can't have meddling."