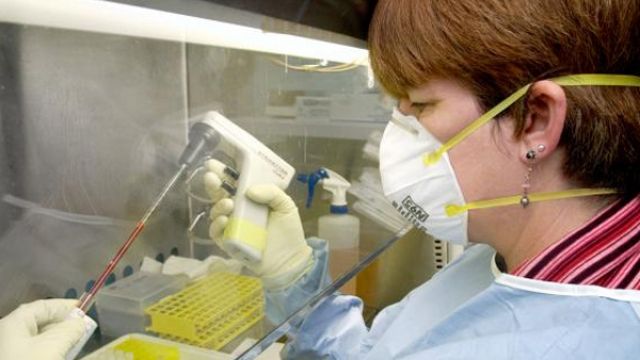 SMS
Trump's Federal Hiring Freeze Might Still Affect Hundreds Of CDC Jobs
By Briana Koeneman
By Briana Koeneman
May 19, 2017
Nearly 700 jobs at the Centers for Disease Control and Prevention are currently vacant, according to The Washington Post.
SHOW TRANSCRIPT

It's been a little more than a month since the Trump administration lifted a freeze on hiring new federal employees.

But a new report from The Washington Post suggests the Department of Health and Human Services still has a freeze — leaving hundreds of jobs vacant in offices it oversees.

That, according to the article, includes the Centers for Disease Control and Prevention. Reportedly, it alone has nearly 700 vacant jobs — many in high-level positions.

Those roles range from administrative support to positions in the Office of Public Health Preparedness and Response, which helps protect Americans from public health threats. 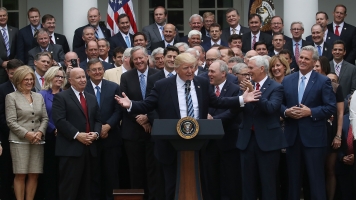 Health and Human Services reportedly still has the freeze because it's following a directive from the Office of Management and Budget. Under that order, all federal agencies have until June 30 to submit a plan to shrink their civilian workforces.

A spokesperson for HHS wouldn't confirm a freeze is still going on. But we know other government agencies — like the Transportation Security Administration — did keep the freezes until the White House's proposed budget comes out, which is supposed to happen later in May.

The Washington Post story also highlights concerns over how the 2018 budget will affect Health and Human Services. The proposed budget would reduce HHS funding by $15 billion, with deep cuts to research and health training.

The agency has exempted many health positions from the freeze, like those that respond to public health emergencies.

Other departments facing major cuts include the Environmental Protection Agency, the State Department, and the Department of Education.