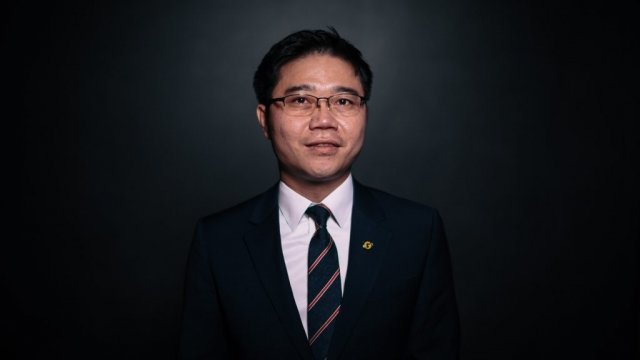 Ji Seong-ho advocates for other North Korean refugees and supports humanitarian intervention in the communist country.

North Korean defector Ji Seong-ho was one of the special guests for the president's first State of the Union address. Born in the communist country in the 1980s, Ji escaped to South Korea in 2006 — a feat made even harder because he had lost his left foot and hand.

"We are joined by one more witness to the ominous nature of this regime; his name is Mr. Ji Seong-ho," President Donald Trump said during his speech. "... Seong-ho's story is a testament to the yearning of every human soul to live in freedom."

As a child, Ji stole coal from freight trains to support his family and barter for food. One night, he said he fainted from exhaustion and lost his limbs when a train pulled away.

"Today, he has a new leg. But, Seong-ho, I understand you still keep those old crutches as a reminder of how far you’ve come," Trump said. "Your great sacrifice is an inspiration to us all."

Several of the guests the president invited to his first State of the Union highlighted the brutality of North Korea's regime.

When Ji escaped to South Korea, the government gave him artificial limbs. The defector told The New York Times, "It was all confusing, because I had never known that a society was supposed to protect its disabled."

In Seoul, Ji founded and now serves as the president for activist group "Now, Action and Unity for Human Rights." With other North Korean defectors, South Koreans and ethnic Koreans from the U.S., Ji advocates for human rights and helps resettle other defectors.

As of April 2017, the organization reportedly helped resettle 215 North Korean refugees. In a 2014 interview, Ji advocated for humanitarian intervention in the communist country.