Why Trump Wants To Help A Rebuked Chinese Company, According To Trump 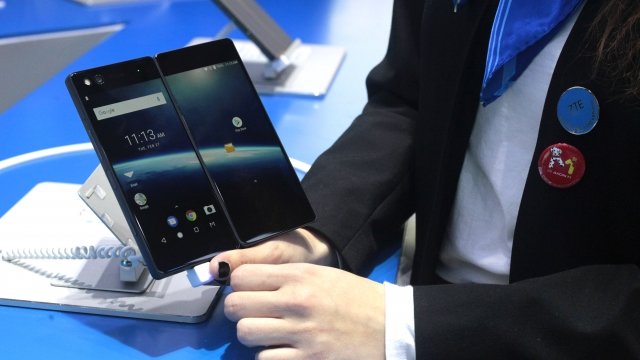 SMS
Why Trump Wants To Help A Rebuked Chinese Company, According To Trump
By James Packard
By James Packard
May 14, 2018
President Donald Trump says helping a tech company that violated U.S. sanctions is reflective of his personal relationship with the Chinese president.
SHOW TRANSCRIPT

President Donald Trump has offered a little more context on why he wants to help a Chinese tech company get back in business. A little.

The president said Monday his interest in helping ZTE is based on how many parts the company buys from American companies, and that it's part of a larger trade deal with China. He had said Sunday he wanted to get the company back on its feet.

The Trump administration punished ZTE earlier this year for violating sanctions on Iran and North Korea, and it barred the company from selling its products on military bases because of concerns the company could surveil U.S. military with its devices. White House deputy press secretary Raj Shah was pressed on that Monday.

"Does the president himself believe that there is a security concern using — involved with ZTE?" Blake Burman, with Fox Business Network, asked.

"I haven't asked him about that," Shah responded.

"Did the Chinese government give any specific concession for the president of the United States to tweet in support of a Chinese company?" The Daily Caller's Saagar Enjeti asked.

"The president has asked Secretary Ross to look into the matter," Shah began, before being cut off.

"Why did he do that?" Enjeti asked.

"The issue has been raised at many levels by the Chinese government with various levels of our administration," Shah said.

"So just raising the issue was enough to spawn a presidential tweet and directive?" Enjeti responded.

"It's a significant issue of concern in the Chinese government, you know, and in our bilateral relationship there's a give-and-take," Shah said.

It's not clear what Commerce Secretary Wilbur Ross and his department might do to help the company. The president also said helping ZTE is reflective of his personal relationship with Chinese President Xi Jinping.