What A Trump Appointment Could Mean For This Anti-Violence Office 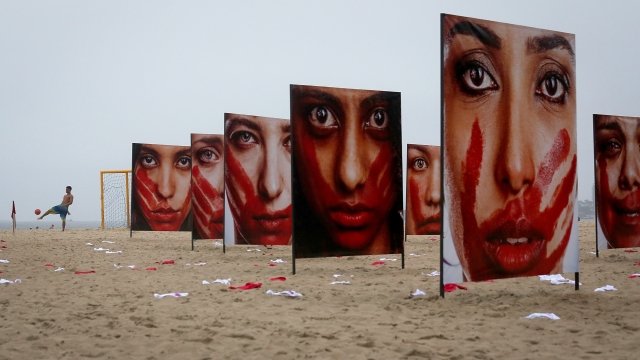 SMS
What A Trump Appointment Could Mean For This Anti-Violence Office
By Melissa Prax
By Melissa Prax
February 16, 2018
Currently, the Office on Violence Against Women has a stand-in director but not a president-appointed one.
SHOW TRANSCRIPT

A government office aimed at preventing violence against women has a problem: President Donald Trump hasn't appointed anyone to lead it yet.

The Office on Violence Against Women, or OVW, is part of the Justice Department. It was created in the '90s to counter issues like domestic violence, sexual assault and stalking by funding and supporting local-level programs and organizations.

The office's budget of more than $450 million is intended to support and empower survivors in the U.S. and overseas. The OVW's director position is president-appointed and Senate-confirmed. And a Senate confirmation for the role hasn't happened since 2012. Currently, Katharine Sullivan is standing in as the head of the office.

Trump recently spoke about domestic violence, reportedly for the first time, as two of his staffers resigned in light of alleged abuses.

"I'm totally opposed to domestic violence of any kind," Trump said. "Everyone knows that. And it almost wouldn't even have to be said."

Women's rights advocates have accused Trump of not being respectful of women.

A previous leader of the OVW office told the Washington Post an appointment for this position by Trump could signal that the administration is doubling down on the issue of violence against women.