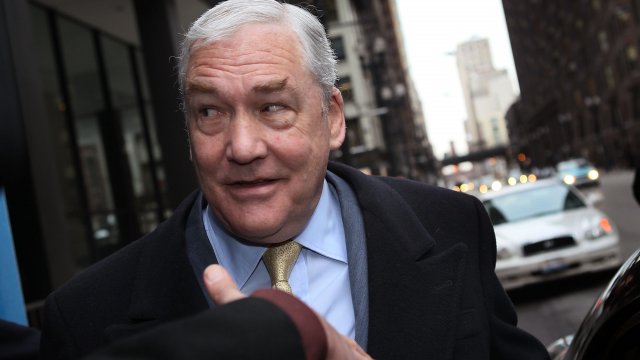 The White House said Wednesday President Trump offered clemency to Black, who was convicted on fraud charges in 2007. He spent three and a half years behind bars and was deported back to his native country, Canada, after his release.

The White House said Black was "entirely deserving" of the pardon and listed some of his accomplishments, including contributions to business and biographies he wrote about presidents Franklin D. Roosevelt and Richard Nixon.

But the White House didn't mention Black's recent biography about President Trump, which some have described as "glowing" and "flattering."

Back in 2015, President Trump tweeted about a column Black wrote about him, saying: "What an honor to read your piece. As one of the truly great intellects & my friend, I won't forget!"