Trump Gives His Support To Both House GOP Immigration Bills 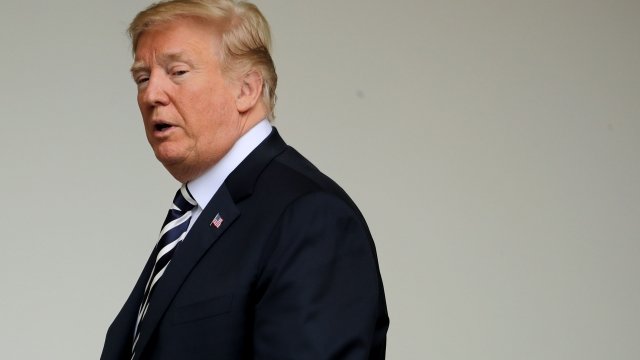 President Donald Trump gave House Republicans the green light to move forward with either one of their two immigration bills, saying he's behind them "1,000 percent."

A closed-door meeting with the president seemed to have encouraged multiple lawmakers to support the more moderate bill, which funds Trump's proposed border wall in exchange for offering certain undocumented immigrants a path to citizenship.

Another hot topic was the administration's "zero-tolerance" immigration policy, which has led to family separations at the southern border. While Trump could do away with this practice himself, he pushed for a legislative solution.

The moderate bill would also replace the visa lottery program with a merit-based system.