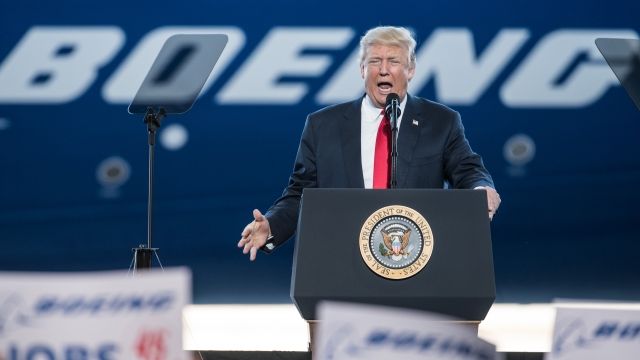 During Trump's first so-called "campaign" event of 2017, he returned to the linchpin of his presidential campaign: an American-made economy.

He praised Boeing for its newest Dreamliner series of planes, implying it was a symbol of the inevitable manufacturing renaissance.

Trump's return to economic rhetoric and a strict schedule of meetings with labor and business leaders comes after a difficult week in Washington, D.C., which included his pick for labor secretary withdrawing and the firing of his national security adviser.

Former President Barack Obama made a similar visit to a Boeing campus several years ago, but he cautioned Americans about the rise of automation and the need for a new economic focus.