Trump Files Lawsuit To Block Subpoena For His Tax Returns 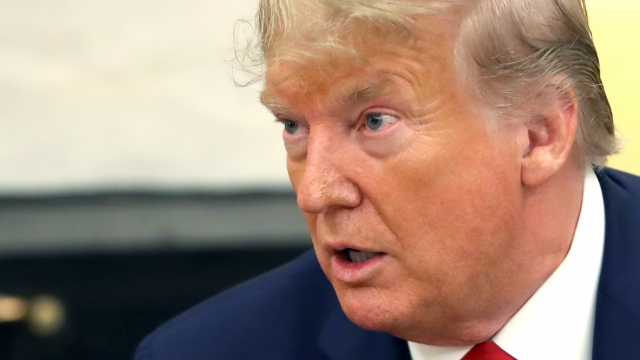 President Donald Trump is suing to keep his tax returns away from New York prosecutors.

Vance Jr. subpoenaed eight years' worth of President Trump's personal and corporate tax returns from Mazars. His office has been investigating the Trump Organization and looking into payments allegedly made on the president's behalf to Stormy Daniels.

One of the president's attorneys told reporters the lawsuit is intended to "address the significant constitutional issues at stake in this case."

President Trump has repeatedly refused to release his tax returns, saying he will do so when an ongoing audit is finished. But the IRS commissioner has said an audit doesn't prevent anyone from releasing their tax returns.