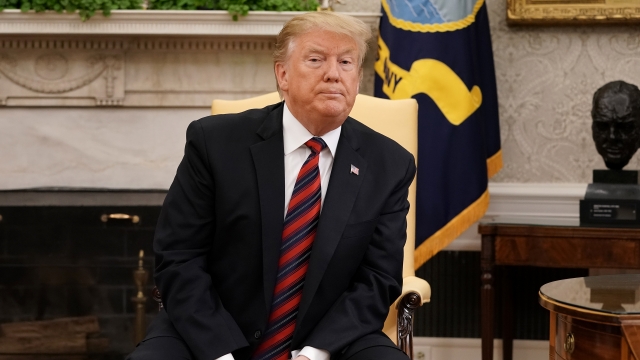 The public could soon get a look at President Donald Trump's finances.

The Office of Government Ethics tweeted Wednesday that the president had submitted his annual financial disclosure report. And the Associated Press reported that document could be released as early as Thursday.

Last year's report — which covered the 2017 calendar year — showed President Trump's businesses generated a minimum of $453 million in revenue and that his assets were worth at least $1.4 billion.

The 2017 report also disclosed the president reimbursed his former personal attorney Michael Cohen for as much as $250,000.

The filing didn't specify what "expense" President Trump reimbursed Cohen for, but some of the details did match a hush-money payment the lawyer had previously made to adult film star Stormy Daniels.

This year's filing comes as the Trump administration pushes back against multiple attempts by House Democrats to obtain the president's personal financial records.