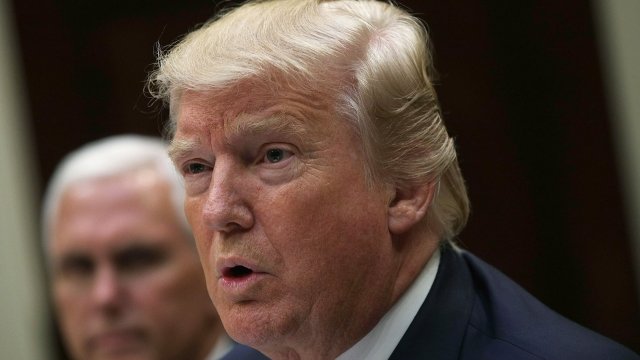 SMS
Trump Calls FBI Search Of Lawyer's Office 'An Attack On Our Country'
By James Packard
By James Packard
April 9, 2018
President Donald Trump isn't happy with the FBI searching his lawyer's office and hotel room. He called it a "witch hunt" and "disgraceful."
SHOW TRANSCRIPT

The FBI reportedly collected emails, tax documents and business records from Michael Cohen's office, including information about a payment made to adult film star Stephanie Clifford. She says she had an affair with the president in 2006.

A source told The New York Times that Cohen is being investigated for possible bank fraud. Cohen's lawyer said investigators got a search warrant after a referral from special counsel Robert Mueller.