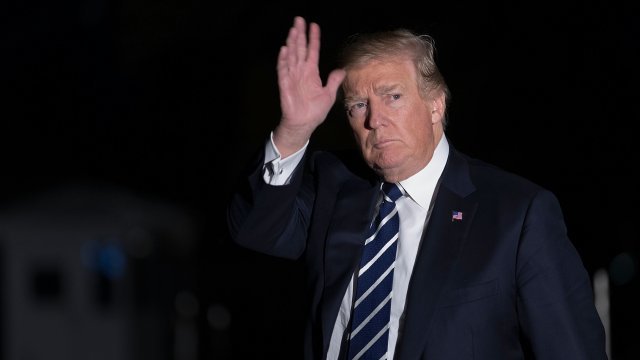 President Trump tried to distinguish himself from his predecessors when it came to contacting the families of fallen troops.

President Trump tried to draw an unusual contrast between himself and his predecessors Monday, saying the way he reaches out to the families of fallen soldiers is different.

Trump later walked back his comments after pressure from a reporter.

Four U.S. troops were killed in Niger, but so far, President Donald Trump has been uncharacteristically silent about it.

"I don't know if he did. I was told that he didn't often, and a lot of presidents don't, they write letters," Trump said.

Ex-Obama staffers leaped to defend their former boss, who did in fact call some of the families of soldiers killed in action, as did his immediate predecessors.

Trump's comments came after he was asked about an ambush in Niger that left four U.S. Special Forces members dead. He didn't publicly comment on the incident until 12 days after it happened.