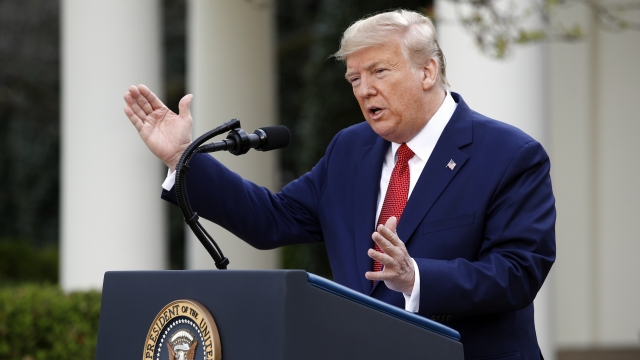 As the coronavirus outbreak continues to spread, President Donald Trump is extending his administration's social distancing guidelines until April 30.

"Nothing would be worse than declaring victory before the victory is won. That would be the greatest loss of all. Therefore, the next two weeks and during this period, it's very important that every one strongly follow the guidelines," the president said.

Under those guidelines, elderly people are urged to stay home and all Americans are advised to avoid gatherings of more than 10 people.

The president previously said he wanted to relax these coronavirus distancing measures by Easter, which is April 12.

But on Sunday, he said modeling now shows the peak in the coronavirus death rate in the U.S. will most likely hit in about two weeks. The virus has killed thousands of Americans so far.

President Trump said he expects the nation will be on its way to recovery by the beginning of June.