Trump Explains Why He Appointed 'Rich' People To His Cabinet 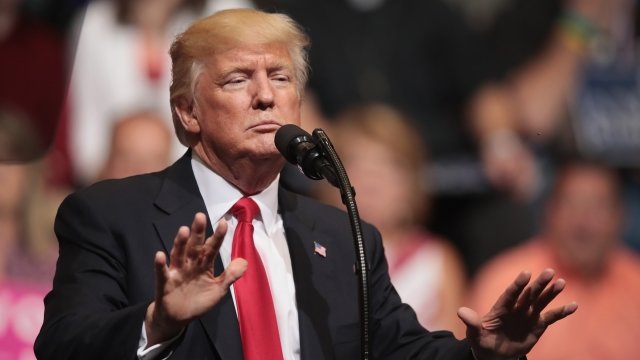 SMS
Trump Explains Why He Appointed 'Rich' People To His Cabinet
By Briana Koeneman
By Briana Koeneman
June 22, 2017
During a rally in Iowa, President Donald Trump said why he chose wealthy people for certain Cabinet positions.
SHOW TRANSCRIPT

President Donald Trump had this to say during a rally in Iowa this week.

"I love all people, rich or poor," he said. "But in those particular positions, I just don't want a poor person. Does that make sense?"

He was praising Secretary of Commerce Wilbur Ross and chief economic adviser Gary Cohn who were both in the crowd.

Ross made billions of dollars by restructuring bankrupt companies and selling them for a profit.

And Cohn was the former president and chief operating officer of Goldman Sachs before he left to run Trump's National Economic Council. 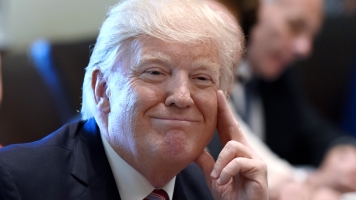 Trump's decision to tap those men — and other wealthy individuals to his Cabinet — has gotten some backlash.

And critics weren't thrilled with his most recent comments on the subject.

But Trump did offer an explanation for his well-off Cabinet picks.

"Somebody said, 'Why did you appoint rich person to be in charge of the economy?'" Trump said. "I said, 'Because that's the kind of thinking we want.' I mean, you know, really. Because they're representing the country."