Trump Officially Declares Iran Is Not Complying With The Nuclear Deal 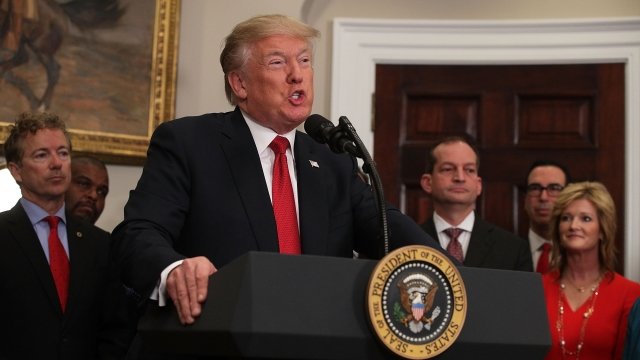 SMS
Trump Officially Declares Iran Is Not Complying With The Nuclear Deal
By Katherine Biek
By Katherine Biek
October 13, 2017
With the announcement, President Trump spelled out a new strategy for dealing with Iran, including new sanctions.
SHOW TRANSCRIPT

President Donald Trump announced he is not recertifying the Iran nuclear deal. But he's not tearing it up entirely.

"By its own terms, the Iran deal was supposed to contribute to regional and international peace and security. And yet, while the United States adheres to our commitment under the deal, the Iranian regime continues to fuel conflict, terror and turmoil throughout the Middle East and beyond," Trump said in a speech Friday.

Called the Joint Comprehensive Plan of Action, the deal was negotiated during the Obama administration. It removes economic sanctions against Iran as long as the country proves it won't seek, develop or acquire nuclear weapons.

Under U.S. law, the president must certify Iran's compliance every 90 days. Trump already did that twice.

Instead of recertifying, the White House announced a new strategy for dealing with Iran. The plan of action focuses on neutralizing the Iranian government's "destabilizing influence" and its "support for terrorism and militants." And it includes new sanctions on the country's Islamic Revolutionary Guard Corps. 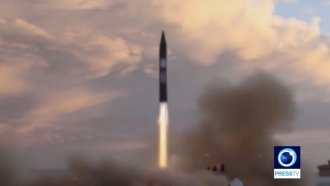 Iran Might Not Have Launched A Ballistic Missile After All

The White House continued, "We will work to deny the Iranian regime — and especially the Islamic Revolutionary Guard Corps — funding for its malign activities, and oppose IRGC activities that extort the wealth of the Iranian people."

White House chief of staff John Kelly told reporters Thursday that U.S. forces and their partners in the Middle East are ready to "deter anything" Iran might do.

With Trump's announcement, Congress now has 60 days to decide if the U.S. should reimpose the economic sanctions the deal lifted.