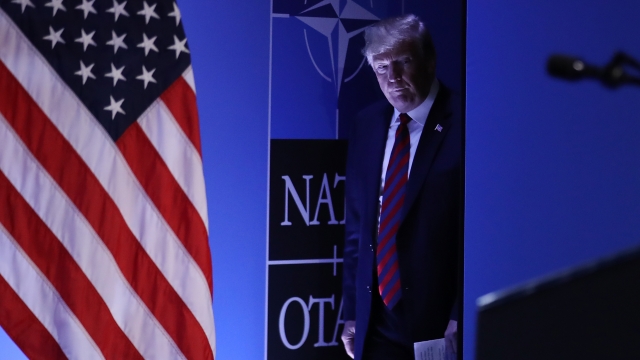 SMS
President Trump Expected To Attend NATO Summit Later This Year
By Briana Koeneman
By Briana Koeneman
February 6, 2019
The White House has not confirmed if the president will go to London for the annual meeting.
SHOW TRANSCRIPT

Leaders of the NATO allies are set to hold a summit in London later this year. And U.S. President Donald Trump is expected to attend.

He said the meeting will be an opportunity for world leaders to "address the security challenges we face now and in the future."

President Trump's relationship with NATO has been strained since his last meeting with the organization.

During an annual summit in Brussels last summer, the president criticized other allies, accusing them of not spending enough on defense and called on them to boost their contributions.

As of Wednesday morning, the White House had not confirmed if Trump would attend the summit.