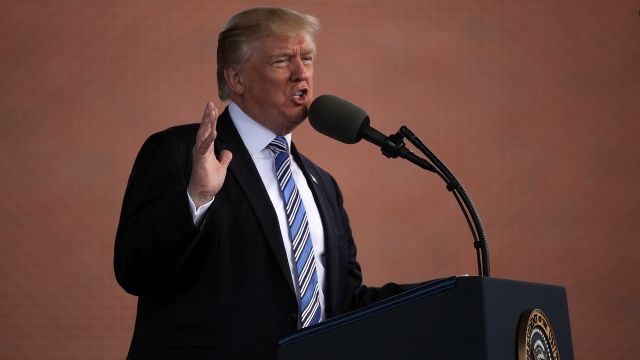 SMS
Trump Took Republicans' Usual Anti-Abortion Policy And Expanded It
By Ryan Biek
By Ryan Biek
May 16, 2017
The rule prevents U.S. funding from going to foreign health providers if they perform or promote abortions.
SHOW TRANSCRIPT

The Trump administration has taken Republicans' "global gag rule" on abortion and greatly expanded it.

More formally known as the Mexico City policy, the rule prevents U.S. funding from going to foreign health providers if they perform or promote abortions.

That includes groups that treat malaria, AIDS, the Zika virus and other conditions unrelated to family planning. If they even give patients information regarding abortions, they could lose U.S. funding.

The Obama administration nixed the Mexico City policy in 2009, and President Donald Trump brought it back in January.

But Trump has taken it a step further. He added the Department of Defense to the list of agencies whose funding has to adhere to the policy. 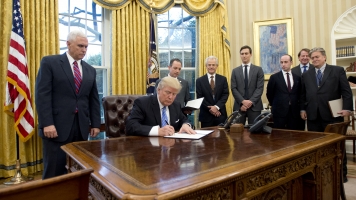 So while George W. Bush's "gag rule" affected about $600 million in available funding for those foreign organizations, Trump has expanded it to affect almost $9 billion.

Supporters say the law doesn't actually reduce the amount of financial aid going out, it just prevents it from going to organizations that promote abortions.

But critics argue in poor countries, there are not many health care providers. They add that entire communities could be kept from getting life-saving care.