Trump Escalates Trade Tensions With Canada At The UN 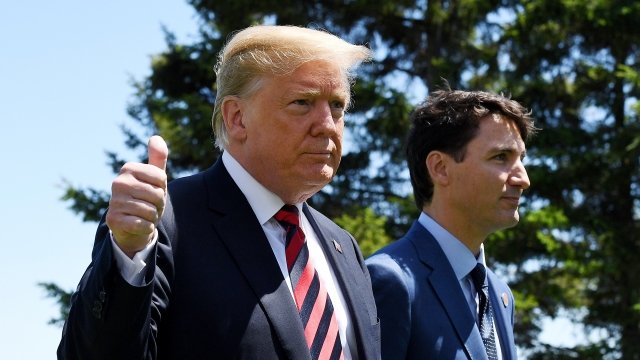 President Trump laid into Canada again Wednesday in a press conference at the U.N.

He accused the country of imposing unfair tariffs on American dairy products, something he said is holding up ongoing trade negotiations.

Trump even said he turned down a meeting with Canadian Prime Minister Justin Trudeau because of the country's tariffs. A spokesperson for the prime minister said that didn't happen and that Trudeau didn't request a meeting in the first place.

The two countries have been at odds over a trade deal the U.S. originally struck up with Mexico. In the press conference, Trump also repeated a threat to impose punitive auto tariffs on Canada if it doesn't agree to negotiate on its own tariffs.

The Trump administration's newest deadline for a trade deal with Canada is the end of the month. Canada is the U.S.' second-largest trading partner.