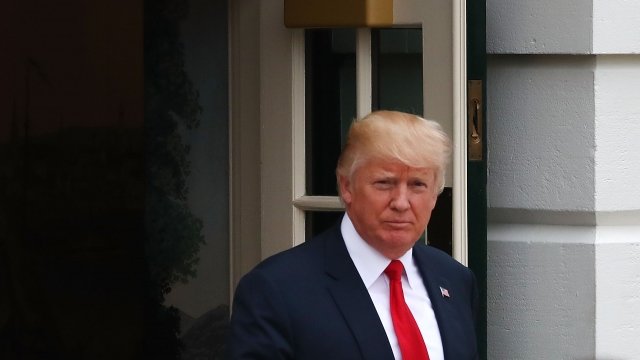 By Briana Koeneman
August 16, 2017
Trump said Wednesday, "Rather than putting pressure on the businesspeople of the Manufacturing Council & Strategy & Policy Forum, I am ending both."
SHOW TRANSCRIPT

Trump said in a tweet Wednesday: "Rather than putting pressure on the businesspeople of the Manufacturing Council & Strategy & Policy Forum, I am ending both. Thank you all!"

The announcement came after a slew of CEOs announced their resignations from some of Trump's councils. Many of them cited his controversial comments about the violence in Charlottesville as the reason. 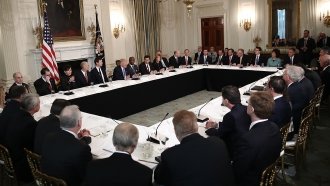 After the first few CEOs backed out, Trump called them "grandstanders" and claimed he had many others ready to take their place.

Earlier controversial actions, like leaving the Paris climate agreement and Trump ordering his travel ban, prompted other leaders to leave his advisory councils.