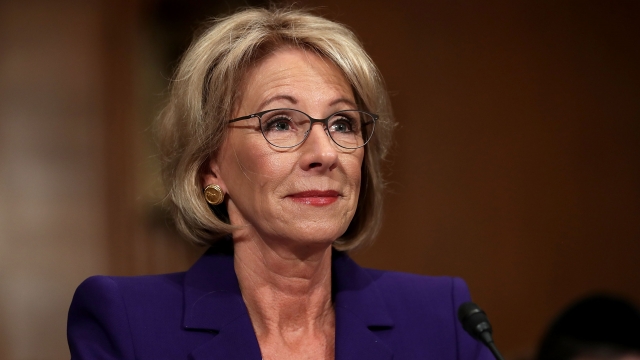 SMS
Democrats Leave DeVos Hearing With More Questions Than Answers
By Grant Suneson
By Grant Suneson
January 17, 2017
Democrats wanted to ask Betsy DeVos further questions about her fortune, her past statements about schools and her lack of experience.
SHOW TRANSCRIPT

"I'm really disappointed that you have preemptively cut off our members from asking questions. ... I don't know what you're trying to protect Mrs. DeVos from," Sen. Patty Murray told Sen. Lamar Alexander.

The hearing was frequently testy. And Democrats' frustrations were compounded when the committee chairman declined to give them a second round of questions like in hearings for Donald Trump's other appointees.

During their questions, Sen. Al Franken blasted DeVos for seemingly being unaware of the distinctions between proficiency and growth in student performance metrics. 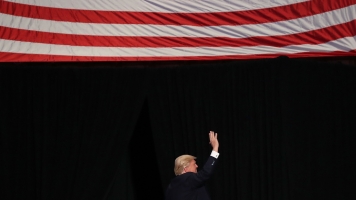 Democrats requested more time to dive into vague answers about the DeVos family's political contributions, her inexperience in public service and whether she would enforce laws against fraudulent for-profit schools.

"There are already rules in place to stop waste, fraud and abuse, and I don't understand how you could not be sure about enforcing them," Sen. Elizabeth Warren said to DeVos.

Many of them complained that DeVos, a billionaire political donor and activist, didn't submit her ethics paperwork on time.

The hearing was predictably split down party lines. Republicans seemed satisfied with DeVos' answers, and they praised her record of activism in education and support of school choice voucher programs.

"You came into my office, and before I ever asked a question, in several minutes, you convinced me that you were passionate about making sure that every child had a chance at a successful education," Sen. Richard Burr said.

The vote to decide whether DeVos will become secretary of education is scheduled for Jan. 24.