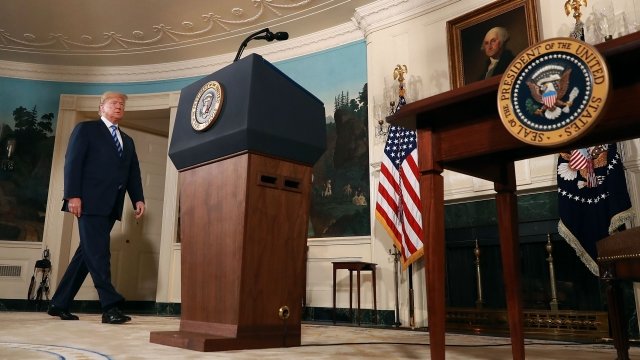 The latest beneficiary of the presidential salary is the Veterans Affairs Department.

President Donald Trump donated his salary from the first quarter of the year to the VA's caregiver programs.

Press secretary Sarah Sanders presented the $100,000 check to the acting secretary of the VA at the top of Thursday's press briefing.

"We have already earmarked this gift for caregiver support in the form of mental health and peer support programs, financial aid, education training and research," acting Secretary Robert Wilkie said.

The president donating his salary fulfills a campaign promise. Trump's first year of paychecks were donated to the National Park Service, the Education Department, battling the opioid crisis and the Department of Transportation.