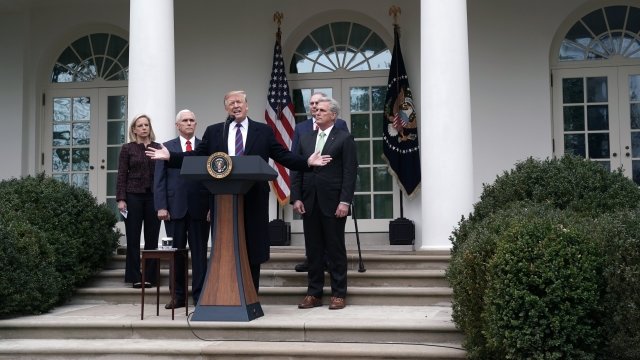 After yet another meeting, it looks like President Donald Trump and congressional leaders aren't much closer to a compromise to reopen the government.

"We recognize, on the Democratic side, that we really can not resolve this until we open up the government," Speaker Nancy Pelosi said.

"We're not playing games. We have to do it. And just remember human traffickers, remember drugs, the drugs are pouring into this country. They don't go through the ports of entry," Trump said.

One thing both sides apparently agreed on was setting aside money to improve our ports of entry, but the sticking point is still $5.6 billion to build a border wall.

Trump is showing no signs of backing down. He confirmed to the press that he's willing to keep the government shutdown for a very long time, even years to get the wall built.

"It's very important that we have great border security. I think it's going to be over with sooner than people think. But I will do whatever we have to do. If we have to stay out for a very long period of time, we're going to do that," Trump said.

Trump said budget negotiations to reopen the government will continue through the weekend.